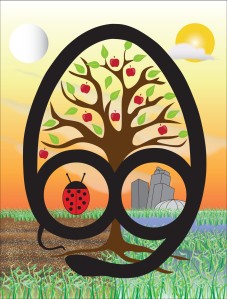 Permaculture is for everyone.

There are a few manures that should not be used, primarily those of meat eaters. According to Cornell University, “Homeowners should not use any manure from dogs, cats, or other meat-eating animals, since there is risk of parasites or disease organisms that can be transmitted to humans.”

The most common sources of manure are horses, cattle, goats, sheep, rabbits and poultry. Below is a guide showing how manures measure up, nutrient-wise. While all animal manures are good sources of organic matter and nutrients, it’s impossible to make a precise analysis, mostly because bedding materials vary so much. For example, manure with straw or sawdust will have a different nitrogen composition than pure manure. But it’s useful to know whether the manure you’re using is rich or poor in a particular nutrient such as nitrogen.

As you review the list, don’t be misled by the N-P-K numbers that suggest manure is less powerful than chemicals. It is actually far better because it contains large amounts of organic matter, so it feeds and builds the soil while it nourishes the plants. This is one of the primary ways that organic fertilizers have a leg-up on chemical ones.

Still, many gardeners can’t resist comparing the numerical amounts listed below with what they read on packages of synthetic fertilizers. Unfortunately, the values of manure and organic fertilizers in general, are often based on the relative amount of nitrogen (N), phosphoric acid (P) and potash (K) they contain. While these are important elements, “it is misleading to make a direct comparison between farm manures and chemical fertilizers on the basis of the relative amounts of N-P-K,” says Jerry Minnich, author of Rodale’s Guide to Composting.

Just like we need to eat to maintain our health, soil needs continual replenishment of its organic matter to decompose into humus. Humus helps create a rich, moisture-retaining soil and makes nutrients available to plants.

Chicken manure
Poultry manure (chicken in particular) is the richest animal manure in N-P-K. Chicken manure is considered “hot” and must be composted before adding it to the garden. Otherwise, it will burn any plants it comes in contact with.

Dairy (cow) manure
“Dairy Manure may be the single most useful soil-builder around,” says Ann Lovejoy, lifetime organic gardener and writer in Seattle, Washington. “Washed dairy manure from healthy cows is just about perfect for garden use; it can be used as a topdressing and for soil improvement,” she adds. Dairy manure is preferable to steer manure, which has a higher salt and weed seed content. Though cow manure has low nutrient numbers, that’s what makes ist safe to use in unlimited quantities.

Horse manure
Horse manure is about half as rich as chicken manure, but richer in nitrogen than cow manure. And, like chicken droppings, it’s considered “hot”. Horse manure often contains a lot of weed seeds, which means it’s a good idea to compost it using a hot composting method.

Steer manure
Steer manure is one of the old standbys, but it’s not the most beloved because it often contains unwanted salts and weed seeds.

Rabbit manure
Rabbit manure is even higher in nitrogen than some poultry manures and it also contains a large amount of phosphorus–important for flower and fruit formation.

Sheep manure
Sheep manure is another “hot” manure. It is somewhat dry and very rich. Manure from sheep fed hay and grain will be more potent than manure from animals that live on pasture.
How to use manure

No matter what kind of manure you use, use it as a soil amendment, not a mulch. In other words, don’t put raw manure directly on garden soils. Raw manure generally releases nitrogen compounds and ammonia which can burn plant roots, young plants and interfere with seed germination. In fact, it’s recommended that all animal manure should be aged for at least 6 months. Many gardeners spread fresh manure in the fall and turn it in to the top 6 inches of soil a month before spring planting.

A better treatment is to hot-compost manure before applying it to the garden. Hot composting, where the pile reaches at least 150 degrees F) helps to reduce the probability of passing dangerous pathogens on to people who handle the manure or eat food grown with manure compost. (For more information about compost, read my Compost Happens! article.)

While the chance of contamination is slim, severe sickness and even death may occur if contaminated produce is eaten. To be safe, either compost your manure or apply it in the fall after harvest. Wash up after handling manure and don’t forget to rinse the vegetables and fruit well before you eat them–always a good idea whether your use manure or not.
The bottom line

Anywhere from 75 to 90 percent of the plant nutrients fed to animals are excreted in their manure, so it should be no surprise that the stuff is an excellent fertilizer.

5 thoughts on “Manure as Fertilizer.”